I was thinking about what lesson I could share with you in today’s post, reflecting on what I’ve learned these past few years about making money online, when I was struck by a realization; I’ve been doing this now for 8 years.

So today, I’m going to go a little bit deeper than usual, and share some advice I wish someone had taught me when starting out as an internet marketer online.

If you want to start making money online at home, here’s what you will need:

Discipline is taking care of the essential things every day, even when you don’t feel like doing them.

This entire weekend I’m at a hotel close by to where I live, and I’ve been working on (and will continue to work on) an entirely brand new training program. 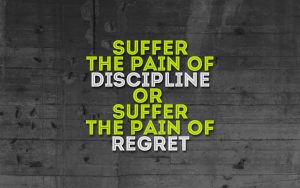 This is now the 3rd weekend I’ve done this, and each time I do 1 hour blocks, for 30 hours over 3 days before I allow myself to go home.

There’s a part of me that wants to take a break and go do something else. I’d love to go watch a movie instead, or, go to some bar tonight and have a few drinks. But I’ve committed to getting a certain number of hours of writing done today, and I’m not done yet. So I push myself to keep typing. This is how I try to approach things every day.

Normally it’s not this intense but I’m still making sure the essential things get done.

If I haven’t emailed my list in a while and I know it’s been too long since they last heard from me, I’ll force myself to go write the email.

It’s these little things you do on a daily basis that add up over time.

Perhaps you currently have a full time job. You get home late at night, and you are tired.

Do you decide to veg out in front of the TV and watch your favorite show, telling yourself you deserve to rest after the long day?

Or, do you sit down in front of your computer and place that extra ad, knowing it could lead to your next big sale and help you quit that job once and for all to pursue your dreams of making money online?

In that moment, it might seem like an inconsequential decision to remain in front of the TV.

“What’s the big deal?” you might ask yourself, “it’s only one night off.”

Yet those nights off, soon add up and turn into months, and then years.

Every time you are making the right decision and taking the necessary actions (even when you don’t feel like it), you give yourself power.

Where you are one year from today, will be the sum total of all those minor decisions you make every day here on out. Make sure you are making the right ones.

Don’t Listen To The Critics

No one ever became successful at making money online at home without having critics along the way.

The only way to guarantee you’ll never have critics, is to accomplish nothing (like many in life seem happy to do).

You should expect to have others be skeptical of, scoff at, be negative at, laugh at, and even ridicule what you are trying to accomplish.

Pay them no attention

Think about how many critics the president of the United States of America has (including both candidates now running for office now).

Or how many critics there are of Apple computers, who still insist PCs are better.

You should see some of the critics I have on the internet (you probably already have!).

There are folks out there who love to observe from the sidelines and criticise the players in life instead of getting in the game themselves. It’s easier for them that way.

No one ever remembers these individuals, and they never accomplish anything significant.

What you’re doing right now is taking a stand for your own financial future, and trying something that most never will.

You’ll have people around you say that that internet marketing doesn’t work, it’s a scam, that ‘if it’s so easy, then everyone would be trying to make it happen’ etc.

When I first started making money online at home, I had others laugh at what I was doing, or tell me I was being scammed and would lose money

I assure you, they are no longer laughing

Instead of focusing on the critics, ignore them and surround yourself with others who are on the same path as you.

If you don’t know any other entrepreneurs, then get to seminars and meet them.

Spend more time discussing your business with these people than you do discussing it with others who are not on board with what you’re aiming for.

Get Out Of ‘Learning’ Mode And Into ‘Implementation’ Mode.

I believe self education determines what kind of life a person leads more than anything else. However, I don’t believe knowledge by itself has any value. I only believe applied knowledge has value.

It makes no sense to fill your head with more and more theory if you’re not also taking action along the way.

The best advice I can give you here, is that for every 1 hour you spend learning something, go spend 3 hours actually doing. Soon, you’ll start learning a lot about generating traffic.

Make sure that along the way you are implementing the strategies you are being taught. This way the knowledge you gain will sink in at a much deeper level through real experiences, rather than the ‘surface level’ learning you get (and soon forget) when you’re accumulating more theory.

Have Faith That Things Will Come to Fruition

I remember when I started out, and I began to get very impatient with the process. Especially when people who were newer to the business would get started, who knew much less than I did, yet were still generating commissions.

To be honest, that was infuriating. I wondered why it was taking me so much longer and yes, there were times when I started to doubt myself and whether I’d ever be successful in this business. There were times when I’d lay in bed at night, staring up at the ceiling unable to sleep, thinking about all the money I’d spent and being frustrated at my lack of results. But no matter what, I always returned to a position of having faith that I would succeed. As long as I didn’t stop taking action, sooner or later I’d figure out what I needed to do. Even if I had to try 100 things that didn’t work to find the one thing that did, I knew the only way I’d ever fail was through giving up.

When I generated my first $1,000 commission, it may as well have been $100,000. It felt so good to know that not only did I have a result, but I’d found a series of action steps which had led to that sale which I could repeat.

Be a producer of content in promoting your business, rather than a consumer of content from others promoting their business. When you’re first starting out in this industry, it’s easy to get caught up in what everyone else is doing. It’s easy to attend webinar after webinar, watch video after video, read blog post after blog post, and be constantly consuming everyone else’s marketing. The problem with this is you become overwhelmed with information very quickly, and also begin to feel depressed about how little you’re doing (and how much you seemingly have to do to be like everyone else).

To avoid taking action (which again, seems like so much work) you procrastinate through continuing to look at everyone else’s marketing. More time passes, and you begin to feel worse. Before you know it, 3 months have passed you by and you still haven’t made sales.

Don’t let this happen to you.

Each day you must focus first on producing your own marketing, before you give your attention to anyone elses. Spend the first hour of your day placing ads and/or creating content that promotes you and your business in the hope of generating commissions.

A final word of advice

The opportunity you have in front of you right now is unprecedented. It’s entirely possible for you one year from now, to have a completely different life. A life with no debt, where money is no longer a worry. A life where you get to choose how much you want to work each day. A life where traveling to exotic places is something you experience every few months. But (and it’s a big but), it’s going to require you to learn some new skills, and more importantly, that you consistently and persistently implement them.

The truth is, if I’d have known what was required in the very beginning of starting my first online business, it would have been a lot less appealing. I would have had second thoughts about it.

All top earners in this industry (and top entrepreneurs in general) will tell you something similar. But they’ll also tel 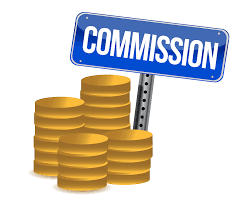 l you that in hindsight, starting their business was the best decision they ever made.

Make the decision that no matter what, you’re going to make something of yourself as an internet marketer.
There’s only one person on this planet who will hold you back from achieving all of this. And that’s you.

Have faith that you can do this, take massive action, and begin immediately.

I hope you found this post inspirational and got some value from reading it.

3 Reasons Why Online Marketers Will Fail Without Self-Discipline

Which Affiliate Program Should I Choose

7 Ways To Eliminate Self-help Programs That Won’t Work For You!

7 Steps to Optimize Your Affiliate Marketing

Who are the 3 Types of People Involved in Affiliate Marketing?

Internet Marketing – What’s It All About?

5 Reasons to Create a Work At Home Schedule 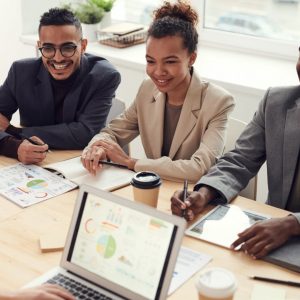 Internet Marketing - What's It All About?

HOW TO BRAND YOURSELF ONLINE 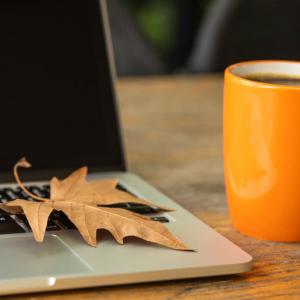 HOW TO BRAND YOURSELF ONLINE 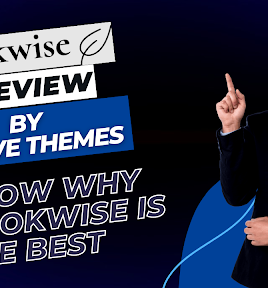 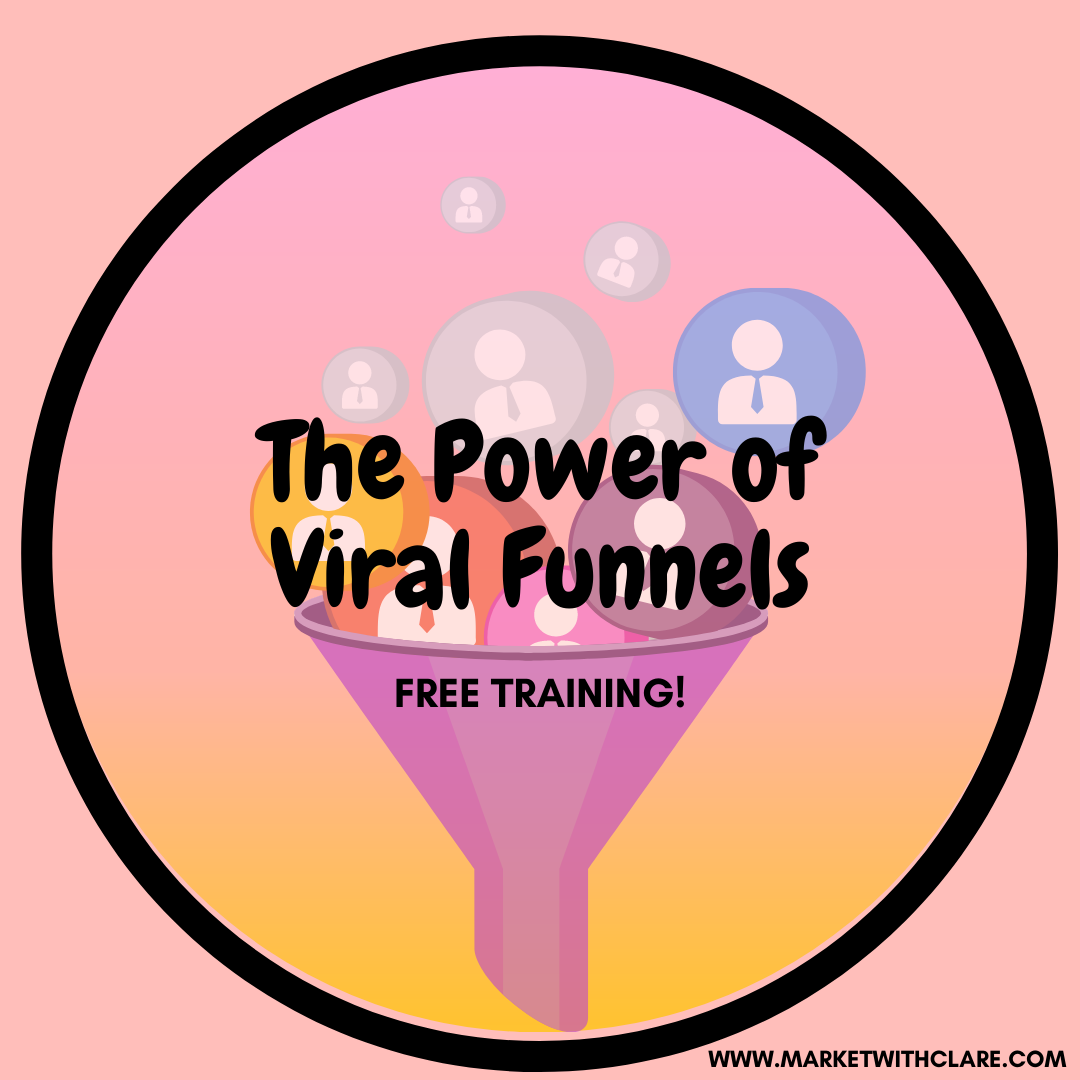 How to Create an Ebook in 60 Seconds 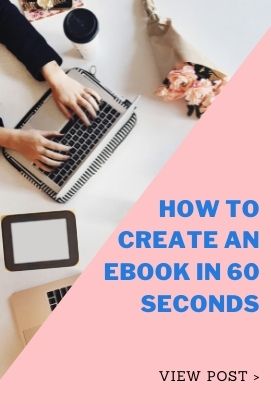 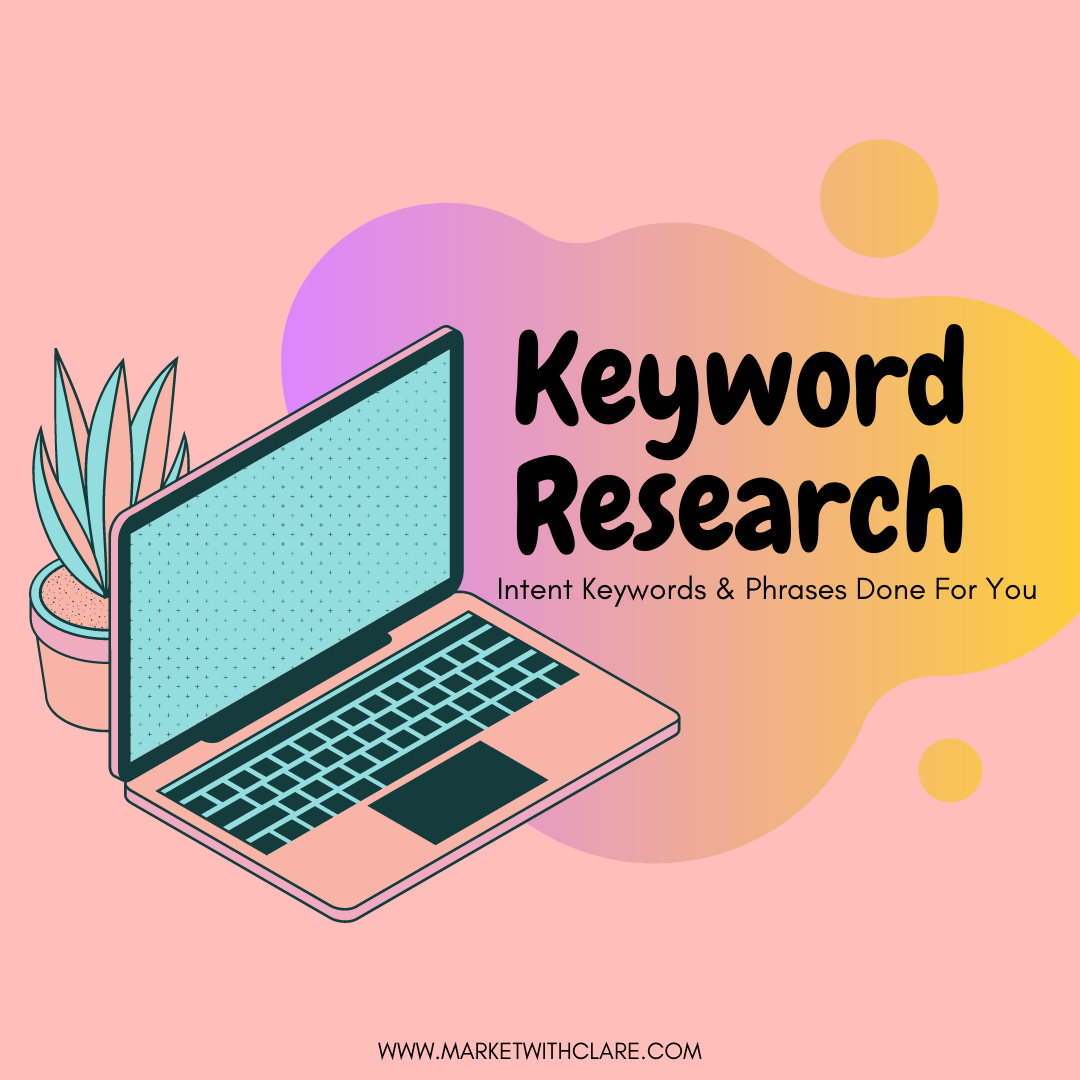 Everything You Need to Sell Online 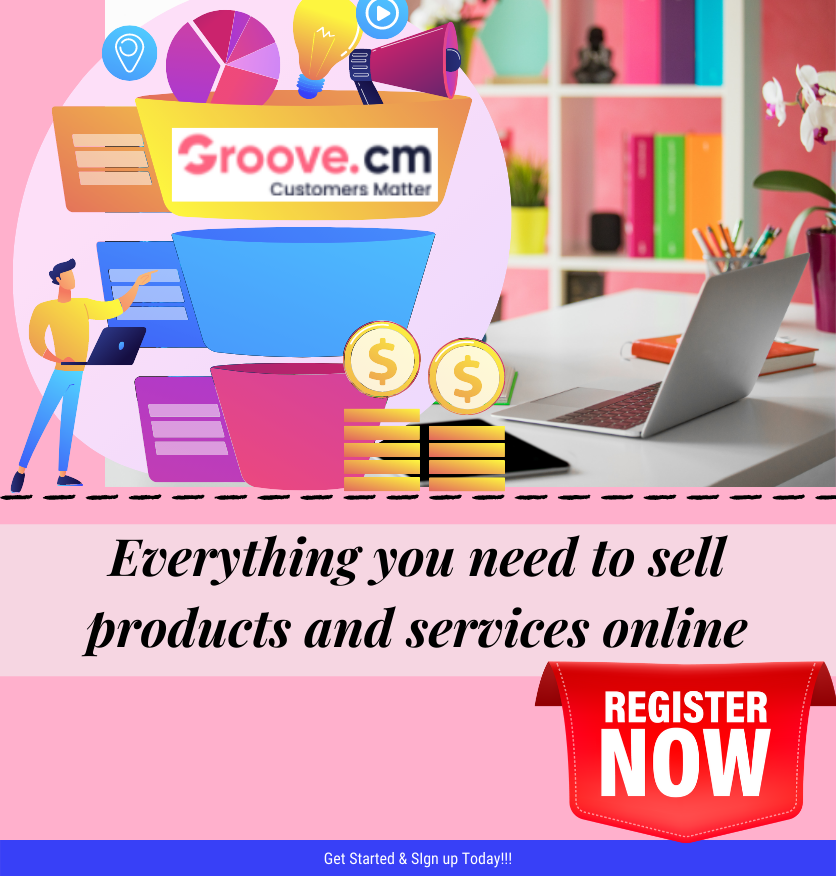 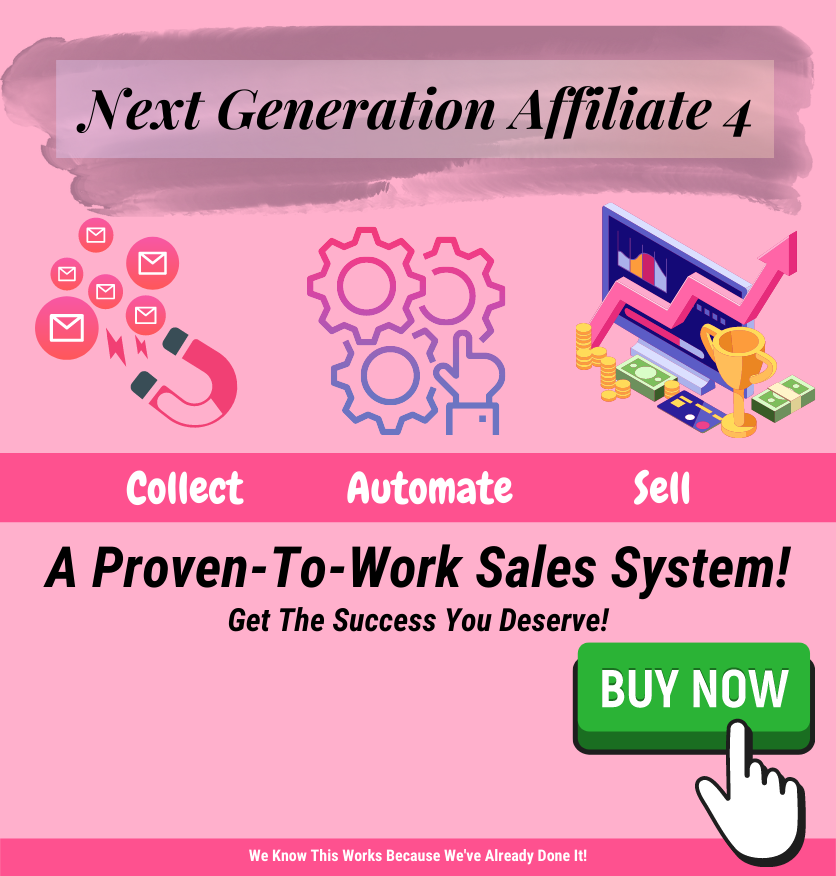